If you are a manufacturer of raw materials like steel, silk, cotton, coal, marble, iron, or lumber, and are responsible for monitoring and seeking the most efficient, cost-effective, and reliable means of transporting these materials to your customers, the answer is usually intermodal transportation via rail.

By linking businesses to each other, freight railroads have been a vital requisite to North America’s economic development for nearly 200 years.

Our lives are driven by manufacturing and consuming. Manufacturers create the goods, railroads transport them to market, and companies sell them to consumers. Norfolk Southern Corporation is one of the nation’s premier transportation companies whose vision is to be the safest, most customer-focused, and successful transportation company in the world. Norfolk Southern Corporation operates 19,420 miles of road up and down the east coast across 22 states and the District of Columbia. As a major transporter of industrial products, Norfolk Southern serves every major container port along the eastern seaboard, the Gulf, Great Lakes, and numerous river ports.

What happens when a customer in the Northeast decides to ship multiple tons of materials from a western state to the east coast?

Norfolk Southern must connect with western U.S. rail carriers and gain visibility to the demands of its rail network traffic. Analytics are used to determine transportation management and optimization of its fleet consisting of 62,700 freight cars and 17.4M carloads.

States and the District of Columbia 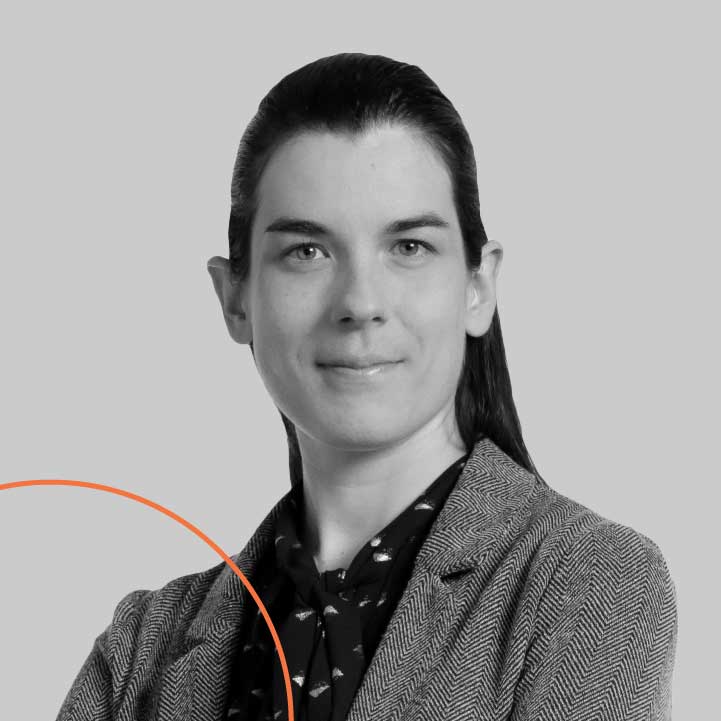 Manager of Network Planning and Systems

Amber Huber provides visibility into various network metrics. Before working in the network planning department, Amber worked for several years as a business analyst in accounting deploying solutions and automation opportunities for common business problems. She sits on the board of the Norfolk Southern Teradata User Group.

Railway transportation is a fixed asset business with rail routes and trains as set variables.

To drive operational excellence, railway transportation companies must seek efficiencies in logistics. This means using big data and analytics to gain greater visibility into the network performance of its rail and cars. The more visibility into its operations and customer demands, the greater the ability to drive transportation optimization and efficiency.

These legacy environments are inflexible to on-demand needs of the business and lack visibility across an entire network of track (and even track that is out of NSC's network).

“Transportation data and the metrics driving those is the bottom line of our business. The network planning and optimization department is responsible for finding insights — managing assets and costs. We look at plan adherence, which is the master schedule for how we run our trains on a daily basis. We’re responsible for identifying exactly how we're doing, how we look at the data on a daily basis, and where we need to look for improvement.”

For greater visibility into the demand of its rail network and train traffic, an understanding of “out of network” track supports NSC’s ability to forecast demands based on customer shipments connecting to carriers outside of the Norfolk Southern network of rail.

However, these legacy systems do not have the data and analytics tools necessary to accurately plan, improve, and optimize its arrivals, departures, traffic management, overall system health, and emergency monitoring without being flexible, on-demand, and transparent.

For example, a consumer-packaged goods manufacturer decides to order raw materials from the western half of the United States due to the quantity available and price. The manufacturer uses an “out of network” rail carrier to transport the items from California to Kansas City, which is a Norfolk Southern gateway city to western carriers. Norfolk Southern connects to the western carrier, transporting the materials across its eastern rail network to the customer destination in Pennsylvania.

With its legacy systems, NSC lacked visibility into potential incoming customer demands coming via “out of network" rail carriers.

This lack of visibility meant Norfolk Southern could not accurately predict and plan its crew, railcars, trains, fuel and power, and network traffic requirements to support the incoming materials. Suddenly, Norfolk Southern is presented with materials to transport without a plan or path to support.

Legacy systems lacked the integration of other rail network data, giving Norfolk Southern visibility into upcoming railcar demands up to six hours in advance. Imagine the additional operational decisions that can be made with nine more days.

“We will look at all of our shipment information—for example, where it's coming from, where it's going, what customer is it coming from, what customer it's going to, what's actually in it—and then we combine that with our geospatial information, data of other railroads, and whether we're participating in the shipment. All of which our legacy system didn’t have good visibility on.”

To address this, Norfolk Southern has modernized their transportation, mechanical, and accounting systems through data and analytics with Teradata Vantage to drive operational excellence.

Norfolk Southern realizes the more data that is available enables them to create more predictable traffic schedules, optimizing carloads, and gaining visibility into the costs associated with transportation will drive efficiencies and maximize operations.

To drive this efficiency and visibility, Norfolk Southern uses Teradata Vantage to unify internal and external data sources in a central data warehouse to gain an accurate picture of the future demands of its network.

Where in the network are the goods and materials

“Now we can visualize exactly where the shipment is on a map. We're combining our crew data, all of our accounting, and asset cost information to easily provide an overall picture of the shipment as a whole.”

By integrating the data and performing transportation analytics, Norfolk Southern’s new systems show more detail of its contents earlier in its transportation process. The new system predicts shipment, fuel and power, crew, and network requirements up to 10 days in advance.

“Instead of users going out and trying to find the problems and then find the data to back it up, we're bringing them all the data relative to our trains and our train schedules — letting them very easily dissect and understand what situations need to be looked at, where are we performing well, and where are we not performing as well. We're using that data a lot to make small schedule adjustments or identify locations that might have traffic congestion.”

Bringing all the data relative to specific trains, Norfolk Southern analyzes past and present performance over a given location in the last 30 days. The added visibility into train performance identifies when traffic or scheduling leads to performance issues with the goal of developing train schedules that are reliable on a daily basis. Norfolk Southern now identifies issues on the same day, continuously optimizing and improving fleet management through analytics.

“We want to be able to give them a more precise time when a customer is going to receive their shipment. We want to run all of our trains to a more precise schedule and reduce the number of cars on our network, which allows us to move longer trains at a faster rate. This helps increase delivering the shipment to the customer on time. Our focus is on increasing our asset efficiencies and making sure that when we run a train, it's not moving extra miles; it's moving in the most efficient way that we can possibly operate it on to the end customer.”

Driving complexity out of a global supply chain.

Pioneering breakthroughs in healthcare. For everyone. Everywhere.